I’ll admit that I hadn’t realized FIFA World Cup took place this summer until a world cup bracket popped up as my desktop background at work. In the USA, I only have a few friends who diligently follow the matches, rooting for teams all over the world, but in London – the excitement reaches another level. Perhaps because local fans can at least root for their home team, England, by default… Read on to learn what a football sweepstake is and why Londoners should view the FIFA World Cup at Croydon Boxpark in London.

Although I am rooting for England, too (since I’ve lived here for three years now), I entered my work FIFA football sweepstake so I could cheer on another team. During a sweepstake, everyone contributes a set amount of money to enter. The fee buys you a team to support, randomly drawn from a hat.

So my £1 bought me stakes for Sweden, whom I never previously associated with football. If my team takes first, I’ll get £20. If they snag second, I’ll get £10. And if they come in at third, I will double my original investment with a whole £2; though I have a feeling my one-pound coin will go to someone who drew Brazil, France or a team’s odds who are better than 150:1, as the Mirror Online currently predict for Sweden.

But even though the World Cup Russia has already started, it’s not too late to create your own sweepstake. Although games have already kicked off, no one has been eliminated, yet; and all the teams are drawn at random. If you’re high rollers, adjust the entry fees and prize money and download your free World Cup 2018 Wall Chart. 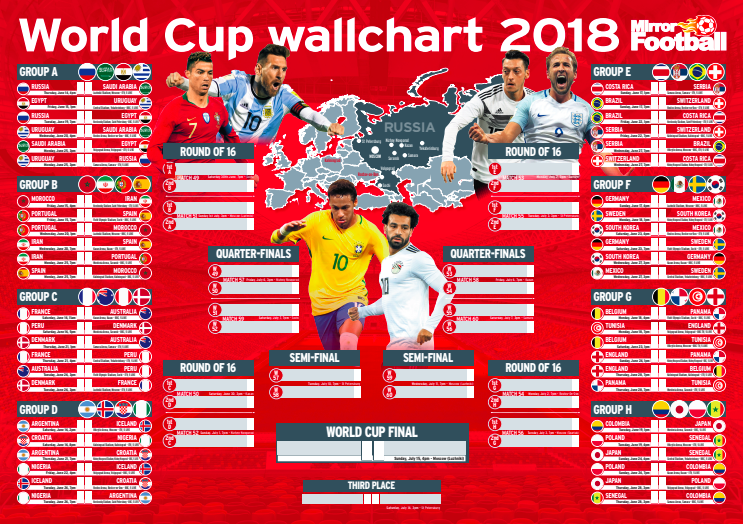 As expected, there are quite a few places to watch the FIFA World Cup 2018 matches in London – if you want to leave the couch and interact with other fans. You could head to the local pub or one of the top viewing spots recommended by Evening Standard, Time Out London or Londonist. The convivial atmosphere with fans donning their countries’ flags like capes and eruptions of cheering (partially drowned out by their opponents’ collective groaning) is probably a lot more fun than your living room.

Put the heat lamps away; summer is the best time to visit the partially open air Boxpark in Croydon. And they are showing every single game from Russia’s FIFA World Cup: no favouritism here. You can find the FIFA World Cup at Croydon Boxpark schedule here and reserve tickets at the bottom of each match. To be honest, no one checked our printed tickets as we rooted for Spain against Portugal. Fans just squeezed into the venue. The seats filled up quickly and the rest watched from second floor balconies and the perimeters of the first floor. Still, a free ticket can’t hurt, just in case.

With a variety of food venues set up around the main dining area (think school cafeteria, but bigger – with a big screen), all your friends can find something interesting to snack on. Better yet, the restaurants are getting in on the fun, by offering specials when their teams play. Plus there’s a good supply of booze, if that’s up your street.

On game days of their selected team they will offer:

Some of the matches seem strange – like chowing down on Thai Express wings to support Uruguay – but I’m not complaining. They also suggest looking out further offers and limited edition servings and snacks throughout the World Cup.

Tagging along with J’s workmates, I had a good time during the FIFA World Cup at Croydon Boxpark. It wasn’t too rowdy or crowded; the toilets are clean with a good number of stalls; and you can play a round of foosball if you want to get in on the ‘footie’ action. Most importantly, it was fun together with other (die-hard) fans; the table next to us accidentally flipped their bench over as they all stood up to cheer for a goal!

Whether you’re a football fanatic or you’d rather have some hot food in front of you while you’re roped into watching the FIFA World Cup matches, Croydon Boxpark is a good choice.

So, who are you cheering on this year? And where will you be cheering from? Sound off in the comments below!

Ready to root on your favorite team at Croydon Boxpark?
Pin it!

2018-06-17
Previous Post: Feria de Londres: Flamenco, Tapas and Sherry
Next Post: Travel Writing vs. Travel Blogging – And Why I Do Both

This site uses Akismet to reduce spam. Learn how your comment data is processed.

Unauthorized use and/or duplication of this material (text, photos and videos) without express and written permission from this blog’s author and/or owner is strictly prohibited. Excerpts and links may be used, provided that full and clear credit is given to A Roberts-Tse and Up&AtEm Travel with appropriate and specific direction to the original content.